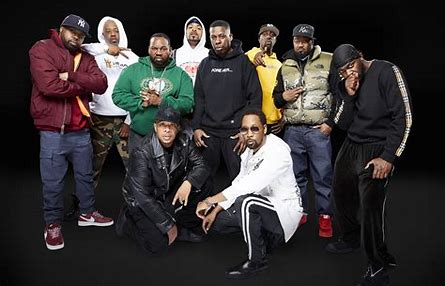 An American Hip Hop group formed in 1992 in Staten Island, New York City. They are regarded as the most influential Hip Hop groups of all time with their debut album ‘Enter the Wu-Tang (36 Chambers) considered legendary in its genre. They have released seven gold and platinum studio albums, with worldwide sales of over 40 million. Quite simply they are the pinnacle of 90’s Hip Hop and a must see act.

New membership are not allowed.